The anniversary exhibition of the Waldviertel art museum from March 23rd, 2019 to January 12th, 2020 offers artistic insights into the secrets of “happy rooms”.

The art museum celebrates its tenth anniversary with a theme that was a central idea and leitmotiv of the overall museum’s concept from the start: the engagement with “happy rooms”.  Do they exist and how are they arranged, what is their secret? Why do we perceive the view of untouched nature as pleasant and soothing for the organism?

“To create beautiful things, you have to be happy”

the museum’s founders Makis and Heide Warlamis declared their motto for all activities. That is why the multifaceted exhibition deals with the secrets of rooms by showing a selection of objects of the complete works of both artists. 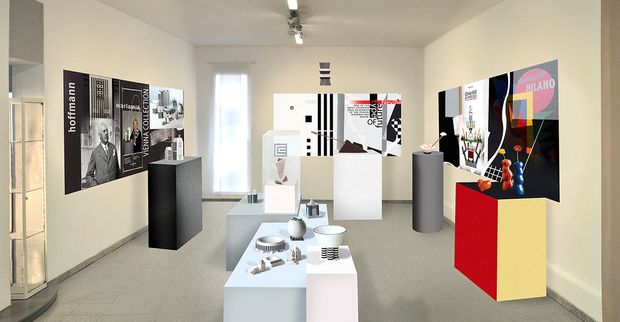 Some examples from the international highlights and the multifaceted room installations. The Vienna porcelain series by Heide Warlamis was even used in Hollywood: in the movie Boomerang, Eddie Murphy, Halle Berry and Grace Jones drink from the elegant cups. 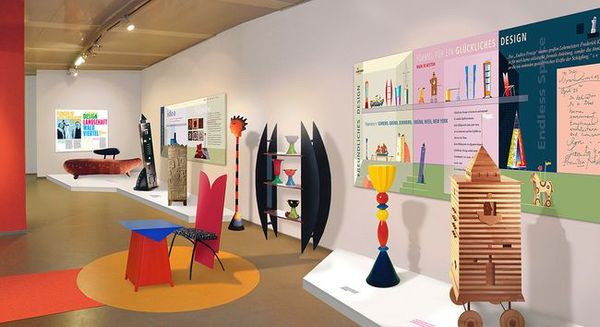 In the context of the cooperation project Waldviertel design, Makis Warlamis developed designs for 23 companies located in the Waldviertel. The results were presented in Gmünd, Dornbirn, Brünn, Vienna, followed by a major exhibition in New York, with the title “To Live – Contemporary Austrian Design” in 1993. The “massage street” is a particularly liked design, now and then. 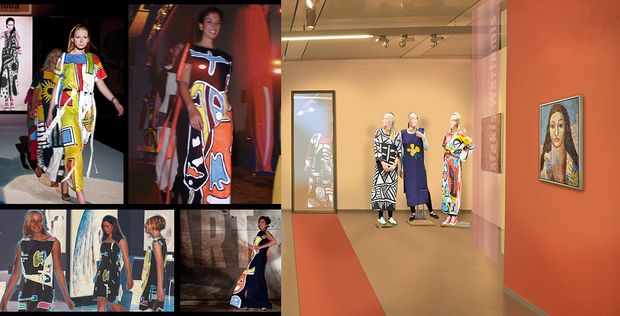 Even fashion by Warlamis must not be missed, beginning with the “city dresses” (Vienna festive weeks 1982), followed by the artistic drafts of the 90s and beyond, created to be a communicative advertising space for your own personality.

Inspired by Friedrich Schiller’s ‘ode to joy’ you can arrange paintings from Makis Warlamis’s cycle ‘People of the World.’

In the poetry room the beautiful paintings of women fuse with Makis Warlamis’s ‘Metaphysika’ poems. The primary room of the exhibition is the cave room, presenting a light-video installation by Karin Antoni. The major room is dedicated to scenarios of contact, the theaters, the big foundlings (called ‘Restling’ in Austria) of the Waldviertel and the ‘head arks’ by Makis Warlamis. 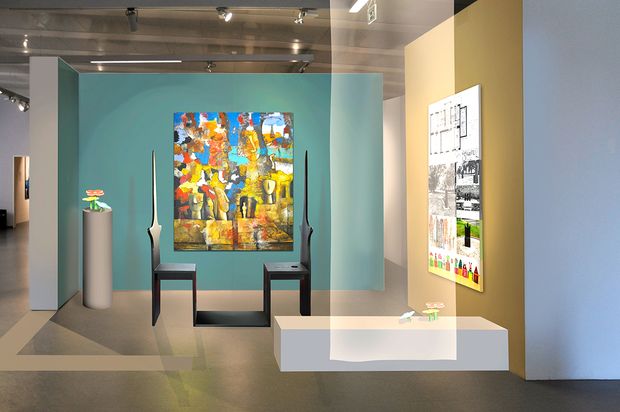 In another joyful room, freed from the burdens of every day life, you are invited to a ‘dinner with Heide Warlamis and Mona Lisa’……. 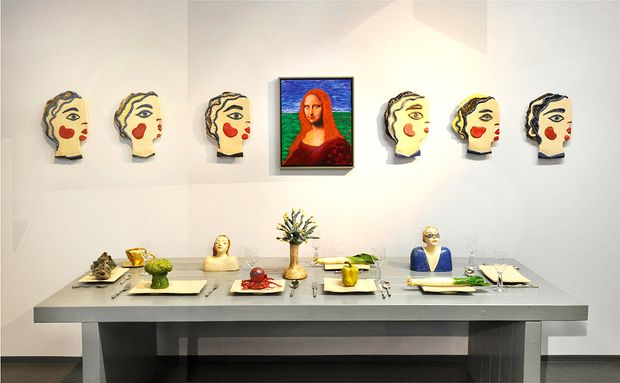 The idea to create a “friendly room” also led the design of the sculpture park which became a space of harmony of the evergrowing nature, achitecture, and art.

Necessary Always Enabled
Necessary cookies are absolutely essential for the website to function properly. These cookies ensure the basic functions and security features of the website, in an anonymous form.
Function
Functional cookies help to carry out certain functions, such as: B. sharing the content of the website on social media platforms, collecting feedback and other third-party functions.
Performance
Performance cookies are used to understand and analyze the main performance indicators of the website, which helps to provide a better user experience for visitors.
To Analyse
Analytical cookies are used to understand how visitors interact with the website. These cookies help to get information about the number of visitors, the bounce rate, the traffic source, etc.
Advertising
Advertising cookies are used to offer relevant advertising and marketing campaigns to visitors. These cookies track visitors to different websites and collect information in order to deliver tailored advertisements.
Others
Other non-categorized cookies are those that are analyzed and have not yet been assigned to a category.
SAVE & ACCEPT

For groups, kindergardens and school classes seperate hours can be arranged.